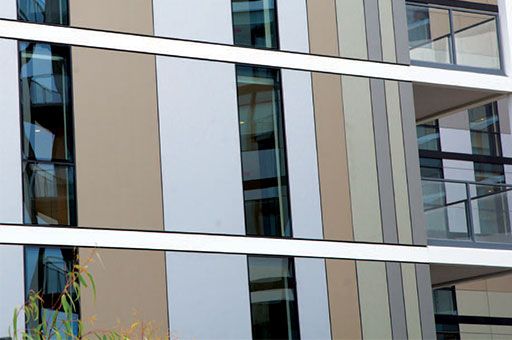 The team at ACLAD highly welcomed the amendment to the Building and Construction Legislation that came into force on November 1st in Queensland. “These changes have now given us Fabricators and Installers the right to voice and demonstrate our concerns with products we know are combustible!” Daron Hodder, Director of ACLAD stated.

After educating Queensland specifiers for 20 years, Daron continues to educate and promote ‘safe’ products like the Reynodual® twin-skinned aluminium cladding distributed by Architectural Glass & Cladding. “For too long non-compliant ACM’s have been sold by suppliers, whom have clearly known since the year 2000, just how flammable they were,” said Daron to Industry at the recent Cladding Crisis Seminar in Brisbane on Wednesday 29th November 2017.

As Government task forces have moved swiftly to identify the buildings affected with the non-compliant product, he remains concerned that “these suppliers are out there to gain more sales of ACM’s. Suppliers of Poly Ethylene products (PE) were clearly irresponsible for 15 years in selling over 4.5 million m2 of PE panels since the year 2000,” said Daron. Reynodual® is a “safe and certified product” Daron said, Reynodual® provides piece of mind and comfort not only for fabricators but also for head contractors and building owners. ACLAD along with Architectural Glass & Cladding have been responsibly supplying and installing safe cladding products in Australia for many years. “Building consultants should be talking to us, thus ensuring the suppliers of non-compliant products are not rewarded for their past miss-actions, now costing building owners a lot of money.” Daron said.

Reynodual® with its high tensile H3000 series alloy twin-skins is the right choice for a strong, reliable and code compliant product replacement.

Published in the April 2018 edition of the Australian National Construction Review.