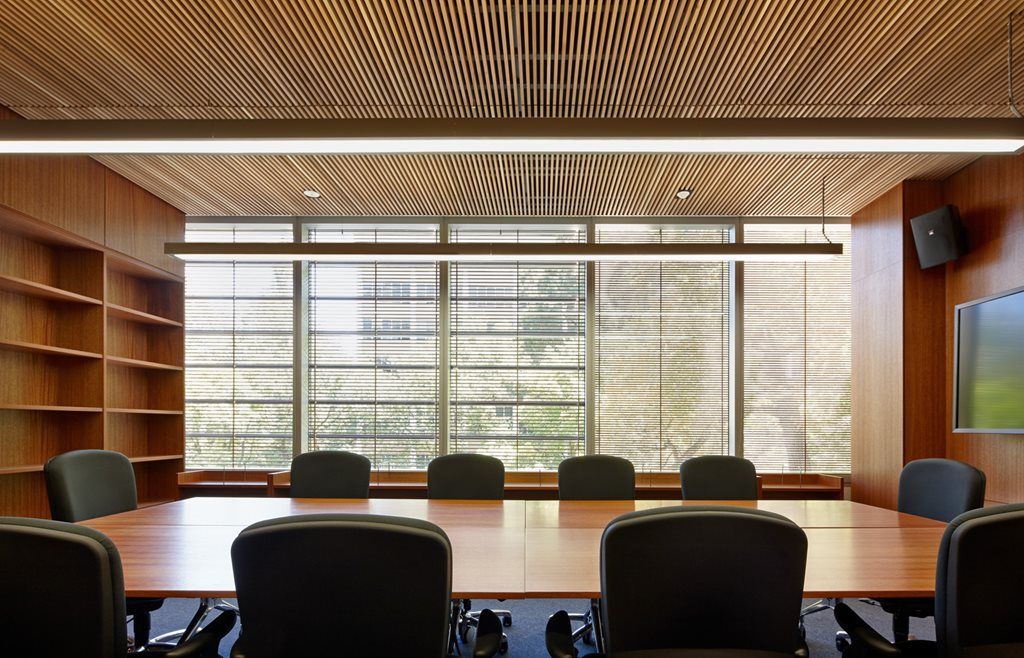 Office design has come a long way since the cubicle farms of the 1950s, where employees were generally treated like cogs in a machine, with little thought given to their health and wellbeing. Thankfully, nowadays, an increasing amount of thought, research, and money is being thrown into office spaces that nurture employee well-being.

The crucial factor in this paradigm shift has been a recognition of the pivotal role that office lighting plays in the health and productivity of the workforce. With the daily nine-to-five slowly becoming synonymous with eight-to-eight, we are spending larger and larger portions of the day inside with limited access to natural daylight. For better or worse, this means that office lighting has gained an ever-increasing influence over our circadian rhythms.

Vision is another major factor that must be considered when designing office lighting. Optimised lighting eases eye-strain and contributes to an employee’s health and motivation – two areas that directly influence productivity.

With the daily nine-to-five slowly becoming synonymous with eight-to-eight, office lighting has become paramount to the healthy functioning of our circadian rhythm. Photography by Peter Bennetts

The choice of office lighting largely comes down to one of two considerations: natural or artificial light. Generally, natural light is accepted as the better choice. However, it is not enough to simply specify large-span glass windows that let in lots of light and assume your obligations have been met. Glass windows come with their own set of considerations to ensure a positive outcome.

The ideal office environment allows as much natural light into the space as possible. As a result, occupants’ health, eyesight, mental state, and work ethic are benefitted by access to sunlight. But access to natural light does have some drawbacks.

With sunlight comes heat and glare, two factors that can seriously undermine the comfort of an office’s occupants. While these negative side-effects need to be accounted for, typical solutions such as air-conditioning can pose a serious threat to the sustainability rating of the space. Meanwhile, they don’t necessarily solve the issue of glare.

“Glass is often the first material on a project to be downgraded to a cheaper product due to budget [constraints],” says Paul Nipperess, sales & marketing manager at Architectural Glass & Cladding. This creates an unfortunate paradox. To save money, cheaper glass is specified, but air-conditioning is subsequently required to negate the heat gain, and external blinds or shutters need to be added to prevent excessive glare. In the meantime, the initial costs have risen, and the space must now deal with the ongoing burden of air-conditioning to both their budget and the environment.  If adequate thought is given upfront to specifying glass that allows for maximum natural light without the negative side effects, then costly add-ons and ongoing costs can be avoided. 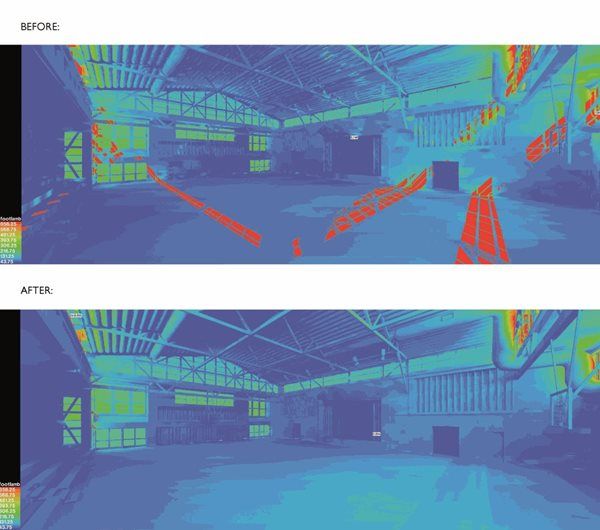 Luckily, several products exist on the market that negate the need for additional systems to be implemented alongside glass windows. For example, the Okalux range of glass products – distributed by Architectural Glass & Cladding – are well-suited to office spaces as they allow an increase in natural light without increasing heat gain or glare in the workplace. 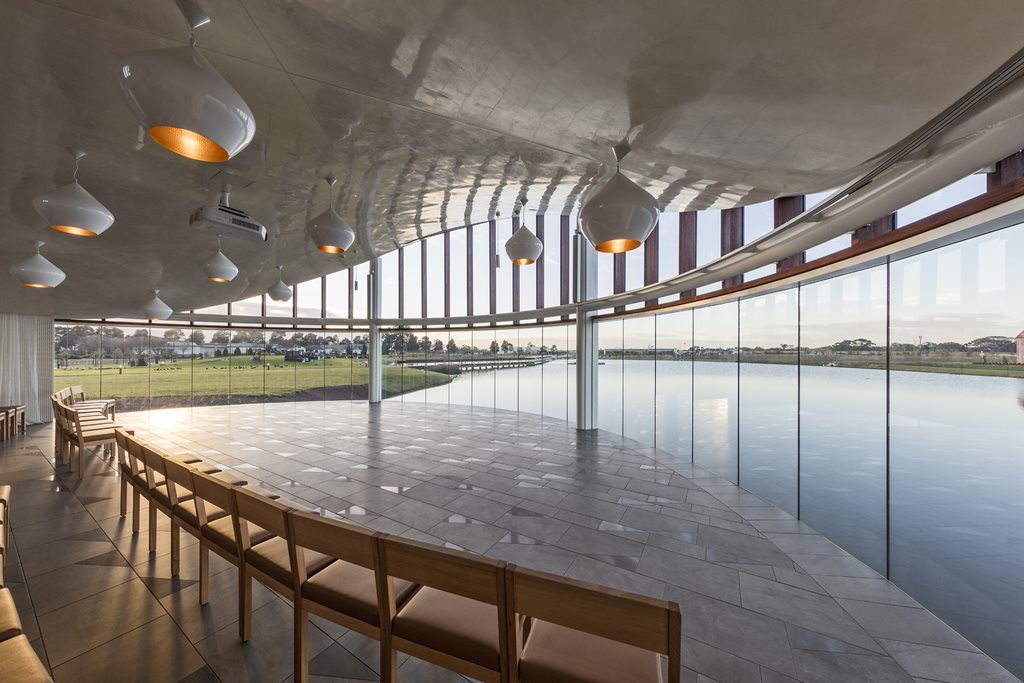 Essentially, this means that SRT glass can self-tint based on the amount of light it is exposed to, without the need for additional power sources. This results in an ideal amount of natural light being allowed to penetrate the office space, without the excessive heat or glare that would usually be associated with natural lighting strategies.

The benefits of optimised natural light for commercial buildings are extensive. According to BoscoLighting, increases of between 10 and 50 percent have been shown to occur in the realms of productivity, health, and mental well-being – not to mention the environmental benefits. Specifying the right type of glass in commercial projects is, therefore, one of the most significant choices one can make in terms of achieving energy efficiency, optimal lighting, thermal comfort, and occupant wellbeing.

Often, due to budget constraints, design requirements, or even project location, large-span glass windows that allow plenty of natural light are not a realistic or viable option. In these cases, designers and architects must turn to artificial sources of light.  As with glass and natural light, artificial lighting comes with its own set of obstacles. While the saturation of LED lighting solutions in the market bodes well for the environment, with LED’s having a longer lifespan and being up to 80 percent more efficient than traditional lighting, the same principles around human-centeredness and sustainability still apply. According to Gerard Lighting, human-centric lighting (HCL) is lighting that is designed to create the optimal environment toward promoting the health and well-being of humans, rather than acting simply to illuminate a space. 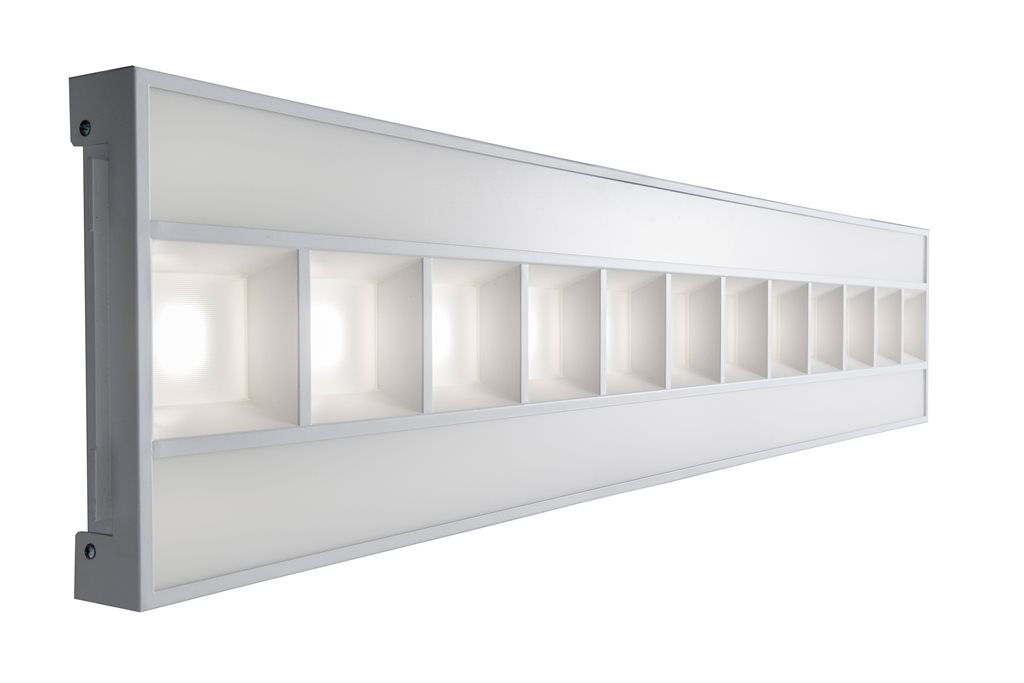 The saturation of LED lighting solutions in the market bodes well for the environment, with LED’s having a longer lifespan and being up to 80 percent more efficient than traditional lighting

This principle is commonly known as bioadaptive lighting and refers to light that is biologically linked to humans. Bioadaptive lighting relies on systems that allow the colour temperature of light to be altered and optimised throughout the day in response to our circadian rhythms.

Another study by Zumtobel compared two identical office corridors. One corridor was equipped with conventional fluorescent lamps that were turned off by presence sensors after ten minutes of inactivity, while the other was converted to LED luminaires and the switch-off delay of the presence sensors was reduced in stages to one minute. The study found that the corridor with LED luminaries and optimised presence sensors consumed 81 percent less power than the comparable corridor.

These two case studies clearly highlight the benefits of optimising an office space using the principles of bioadaptive lighting and modern LED technology. Obviously, these results have flow-on effects for productivity and staff engagement, making effective and optimised lighting a win-win for employees and employers alike.

Studies have found that spaces that adopt bioadaptive lighting hold significant benefits for both occupants and the environment over spaces that use traditional lighting. Photography by Trever Mein

Power over Ethernet (PoE) lighting is one of the tangible results of the shift toward all things digital. While PoE is not a new technology, its compatibility with lighting has come about as a result of innovations in the area of LEDs.

One of the benefits of PoE lighting is that it is easy to install. When combined with the principles of bioadaptive lighting and LED lighting technology, the result is an automated lighting system that is specifically designed to cater to the occupant’s psychophysiological health. 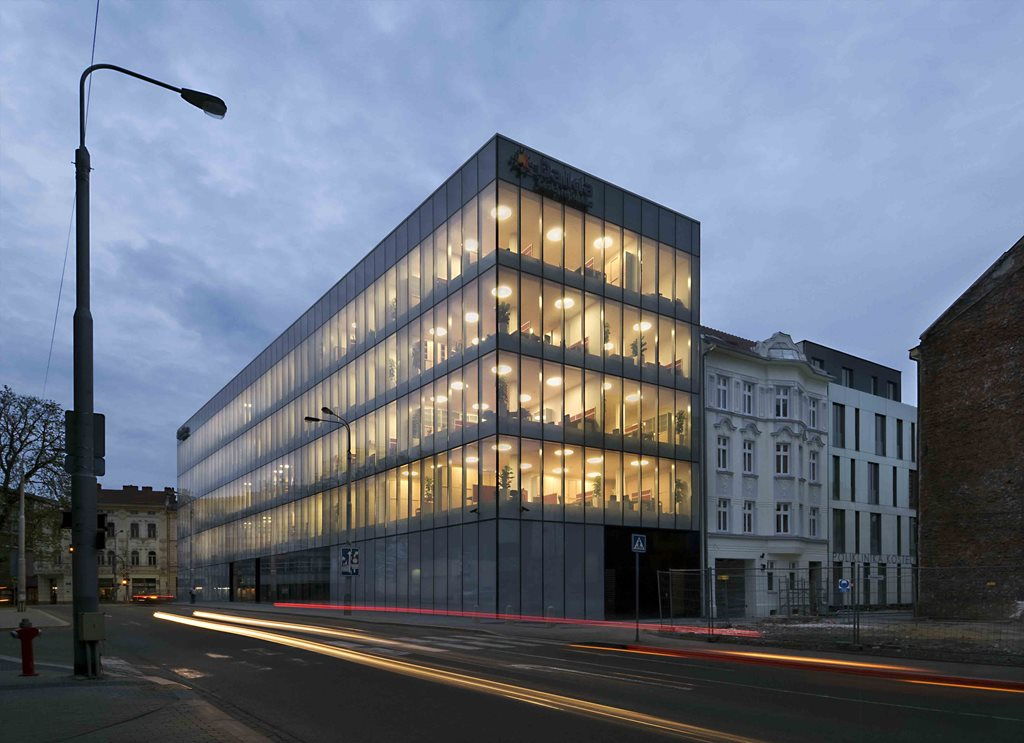 By combining commercial lighting initiatives such as natural and artificial light, bioadaptive principles, and PoE technology, we facilitate an environment that proves it is possible to cater to psychophysiological wellbeing, increased productivity, financial savings, and environmental gain all at the same time. Photography by ©Kuba & Pilar architekti |OKALUX GmbH

By combining commercial lighting initiatives such as natural and artificial light, bioadaptive principles, and PoE technology, we facilitate an environment that benefits everyone involved – from occupants to employers to specifiers. In doing so, we prove that it is possible to cater to psychophysiological wellbeing, increased productivity, financial savings, and environmental gain all at the same time.